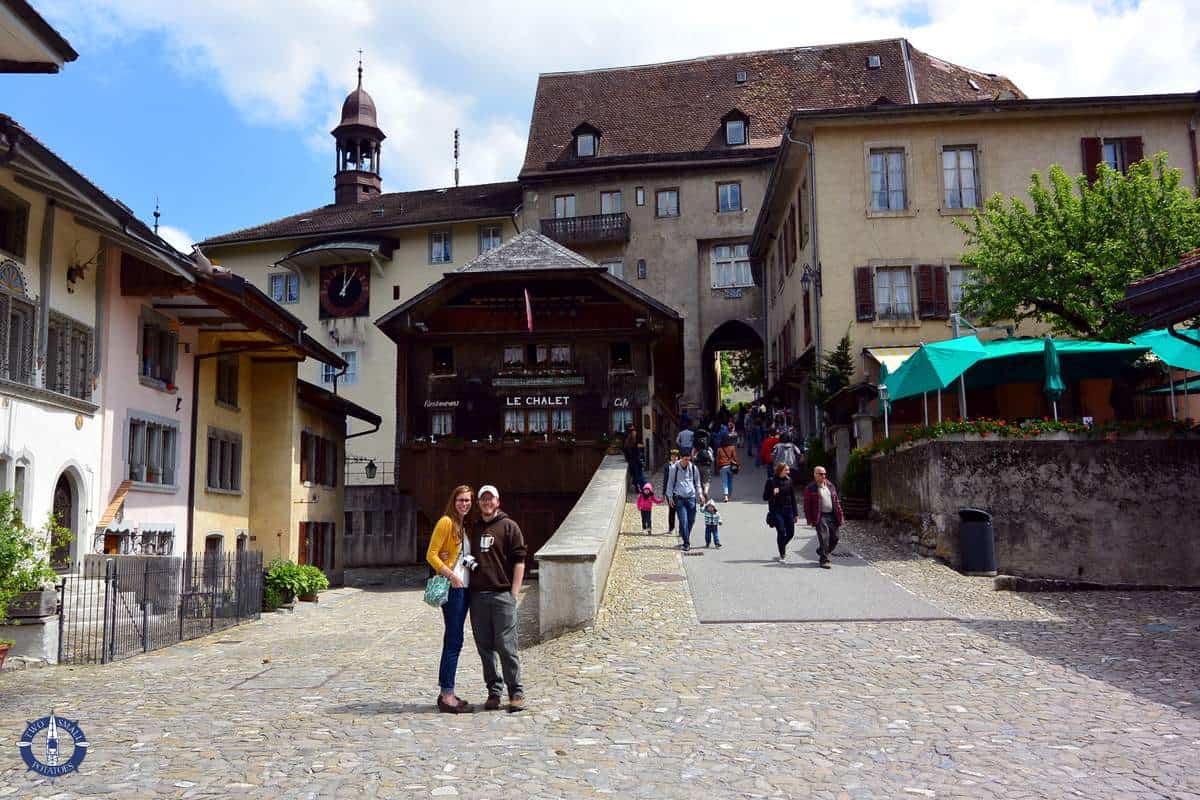 The Joy of American Friends in Switzerland: Simple Expat Pleasures

Expat Life in Switzerland
May 24, 2015 2
*This site contains affiliate links. If you purchase through these links, we may receive a small commission at no extra cost to you.

Friends are awesome, right? Well lemme tell you, you appreciate them on a whole new level after moving half way around the world! When Travis and I moved to Europe from the US, we lucked out immediately and connected with a couple of pretty fantastic groups of friends in Switzerland. It’s not the same as the ease of hanging with friends from “back home” though. We didn’t realize how much we missed that special connection until American friends in Switzerland came for a visit.

When we found out two American friends would be visiting us in our tiny little hamlet, we were sooo excited! Our two friends, Liesl and Chris, are friends we made while Trav was going to grad school at UO in Eugene, Oregon.

But finally with Liesl and Chris visiting them in Zurich, the four of them made plans to take the train from Zurich to visit us and stay the night.

As soon as they arrived, it was huge hugs all around amid smiles and exclamations of “Americans!“

Folks in Switzerland are pretty friendly – at least in our neck of the woods – and we’ve made some wonderful friends here.

Still, I was amazed how easily we slid into chatter about news from the States and jokes that didn’t need explaining. We had really missed our culture, missed being around other Americans.

Not for the first time, it made me realize how immigrants to our country must feel when they first arrive and struggle to learn a new language, find housing, get jobs, and have to learn how to do the most mundane tasks in a new and foreign way, all without your old support system.

Expat life is fun and exciting, but it can also be frustrating and lonely.

After the hubbub died down, we took a walk through the countryside near our house.

Lounging on our terrace afterwards, we set about making raclette for our guests, then stayed up late into the evening chatting and watching the Eurovision singing finals on our roommate’s laptop.

The next day, the six of us piled into our VW and headed for Gruyeres Castle.

Language Tip: Gruyeres is in the French speaking part of Switzerland.

Though Travis and I had already visited Chateau de Gruyeres before, as had Liesl’s parents, we were excited to share it with Liesl and Chris.

We wandered through the tiny little village of Gruyeres, then Liesl and Chris toured the castle while we headed to the HR Giger Alien Bar to catch up with Liesl’s parents.

Though we’d also previously visited the Alien Bar, we’d passed up the meringues and double cream. New to Switzerland at the time, we couldn’t imagine that it would really be that good – certainly not worth the hefty Swiss price tag.

But since we were back in Gruyeres, renowned in Switzerland for the richness of its double cream, we decided it was time to try it, particularly since Liesl’s mom wanted to sample some.

When it arrived, I immediately dipped one of the fluffy cream meringues in the thick cream.

Made simply of whipped egg and sugar, meringue is a light dessert common in France, Italy, and Switzerland. The double cream made from famous Gruyeres milk consists of at least 45% fat and has little actual flavor, making it a perfect complement to the sweet and fluffy meringue.

Separately, neither is necessarily mind-blowing, but together – HEAVEN!

Considering the Swiss penchant for fine wine, chocolate, cheese, and meringues with double cream, it’s a miracle how they all stay so fit.

Since it was already late afternoon and our friends had to catch a train back to Zurich, it was time to head back to our house.

We wandered back through the village on our way to the parking area, admiring the climbing ivy, old wooden doors, and wrought-iron decorations on store fronts and upper-floor apartments.

After they left, the house seemed too quiet, as is often the case when house guests leave.

Though our time was short with our American friends in Switzerland, we enjoyed their visit immensely and know we’ll see them again.

Until then, à bientôt!

See these other posts about expat life in Switzerland.