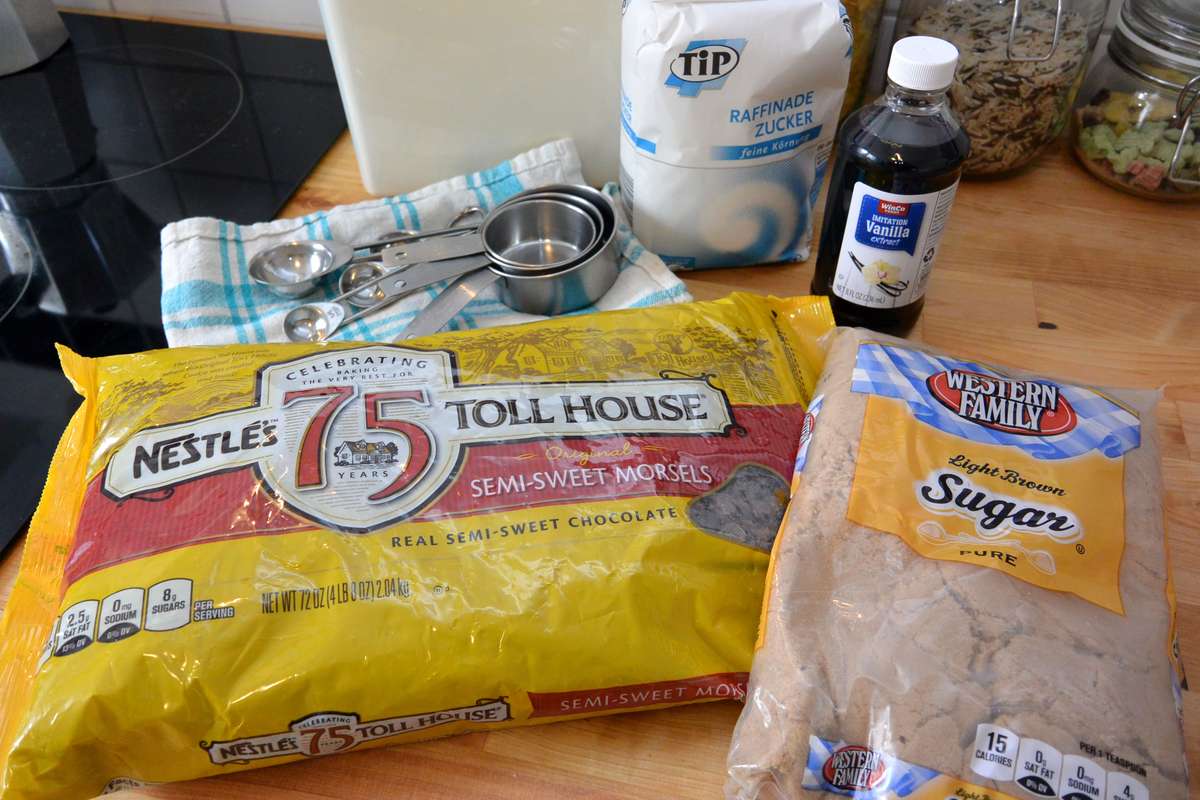 American vs German Culture: To Eat or Not To Eat 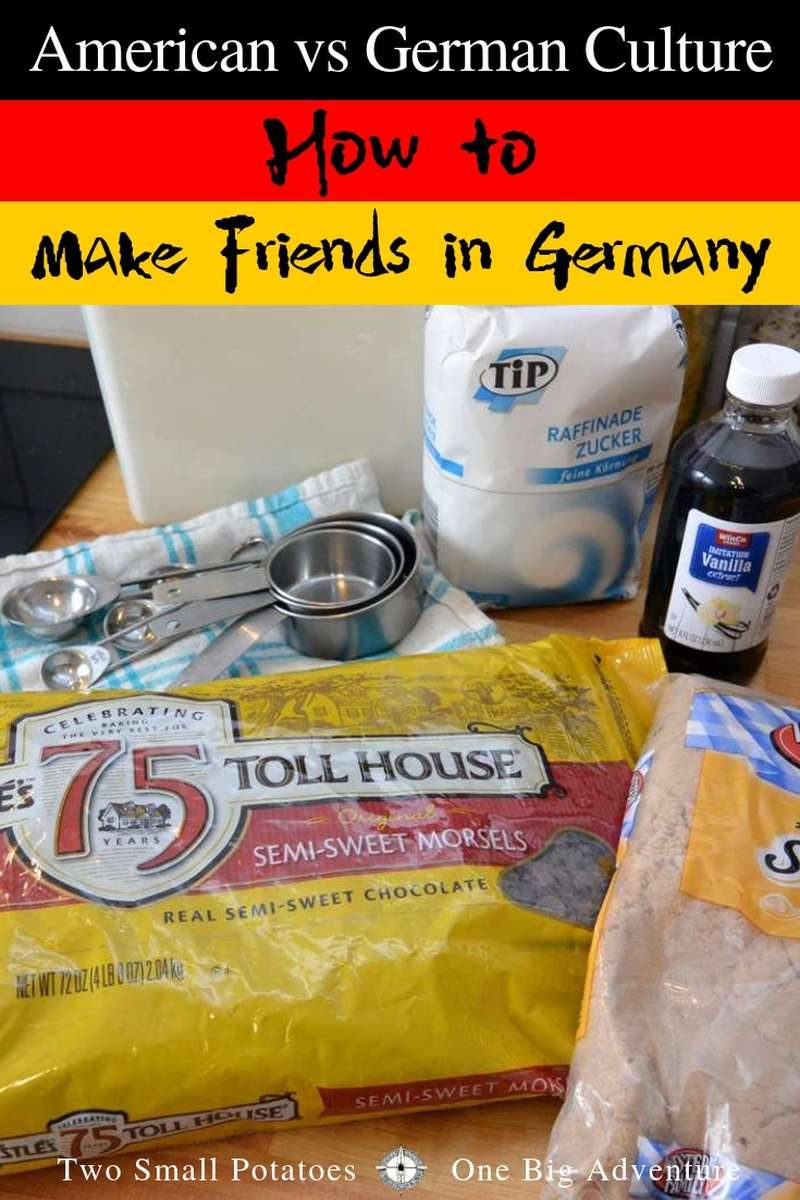 One of the things we’ve been learning lately is how to make friends in Germany.  It turns out, it’s not as easy as we thought it would be.  Ask any German what they notice first and foremost about Americans, and one thing that always tops the list is how friendly we are – too friendly.  Creepy friendly.  Seriously, who makes eye contact and smiles at a total stranger on the street?

Only an insane person would do that.

We smile too much, we’re too loud, and though it baffles me how many folks say they find individual Americans they’ve met to be “very nice,” they still take great offense at our overall culture of openness.  To many, it’s simply too loud and invasive – that much friendliness must be disingenuous.

Compare this to Germany, a country that leans toward the opposite end of the spectrum with a culture that values firm rules, individual boundaries, and decorum. As two Americans who feel like every person we meet is a potential new hiking buddy, it’s inevitable that as long as we live in Germany, our culture and German culture will have their moments of non-marital discord.

It’s a time-honored tradition in our neck of the woods that when you move to a new home, it’s customary to bake something tasty to share with your new neighbors.

You inundate them with food. When someone is grieving and dealing with funeral arrangements, they shouldn’t have to worry about cooking.

Someone had a baby or was just released from the hospital?

It’s common for friends, family, and even co-workers to set up a scheduled meal plan for volunteers to choose which meals they’d like to contribute. From moving into a new house (which likely has an empty fridge – or as is more often the case in Germany, no fridge) to welcoming new folks to the neighborhood, Americans love to feed each other.

Yes, we know we’re fat. But if we knock on your door with a homemade apple pie, you can be sure we do it out of a genuine sense of brotherly love.

So it was that I took to the kitchen, eager to meet our German neighbors whom we’ve only seen in passing.

Armed with a new shipment of brown sugar, vanilla extract, and other baking essentials from my mother-in-law in the US, I baked a rhubarb cake.  I lovingly put together several plates for our two neighbors upstairs, both of whom are single men, and an older couple who live next door.  Excited at the prospect of making new Deutsche friends, it seemed like a great opportunity to introduce ourselves and to integrate better into our new community.

As we quickly learned, we really knew nothing about how to make friends in Germany, at least not German friends.

Sadly,  as many of you know from my Facebook post a few weeks ago, the first German neighbor upstairs was not receptive.  Answering the door pant-less (is that common in Germany?), he impatiently waved away my offer of sweets with an impressive lack of interest.

For me, it was the ultimate insult.

For him, it was possibly rude for me – a total stranger – to show up on his doorstep unannounced, after 8 pm, pilfering an unhealthy American dessert filled with butter, sugar, and devious temptation.  As with every story, two cultures have different sides, and as one insightful friend noted, my American overture of friendliness quite possibly clashed with his German sense of privacy.

“His post: I was just sitting at home in my lederhosen and this crazy American lady that moved downstairs brought me a slice of cake. I said no cause I was utterly embarrassed that I didn’t have my trousers on. Who does that? Those crazy Americans, bring me the whole cake next time.”  Jennifer P.


Feeling utterly defeated that evening, I didn’t have the heart to force my cake on another possibly half-naked German man, so I left the other upstairs neighbor in peace.

Americans are fake friendly; Germans are a dour bunch. Americans love sweets; Germans don't. Just how does one go about making friends in Germany? Click to Tweet

The next day, though, we were back at it!

This time, our unsuspecting victims were the older couple next door.  Cautiously ringing their outer intercom (most homes and apartments in Germany are impenetrable with gated or secure entry), Travis and I waited nervously before they buzzed us in.  At the front porch, we could barely hand over our sad paper plate of goodies before they were ushering us into their living room, insisting we stay for a spell despite clear indications we’d interrupted their meal.

We met their old dog, Danke, declined cognac, wine, and water (I respect a man who offers the good stuff first!), and got to know them a bit. When I mentioned we love kayaking and are eager to find places to go in Germany, they recommended a local paddling club, offering to track down contact information for us.  Finally excusing ourselves so they could finish lunch, I floated away on a cloud, my faith in the general friendliness of the whole world completely restored.

Insert images of rainbows and unicorns.

For all those who proclaim American friendliness to be fake, shallow, or forced – of course sometimes it is.  We’re hardly perfect, as a country or as individuals.  Yes, sometimes your butt does look big in those pants, but we’re polite enough not to say it out loud.  Perhaps Germans tend to be more blunt, or more silent in the absence of genuine niceties to utter, but we’re more alike than we are different.  So we struck out with one neighbor; we made friends with another.

We’re Americans in Germany, learning to be comfortable in a new culture without sacrificing our own and losing what makes us – us.  We’re well on our way to learning how to make friends in Germany.

Sometimes you can have your cake and eat it too.

Are you an expat in Germany?  We also have tips for how to buy and install a German kitchen, how to register a non-EU car in Germany, and how to decipher German curtain terminology.