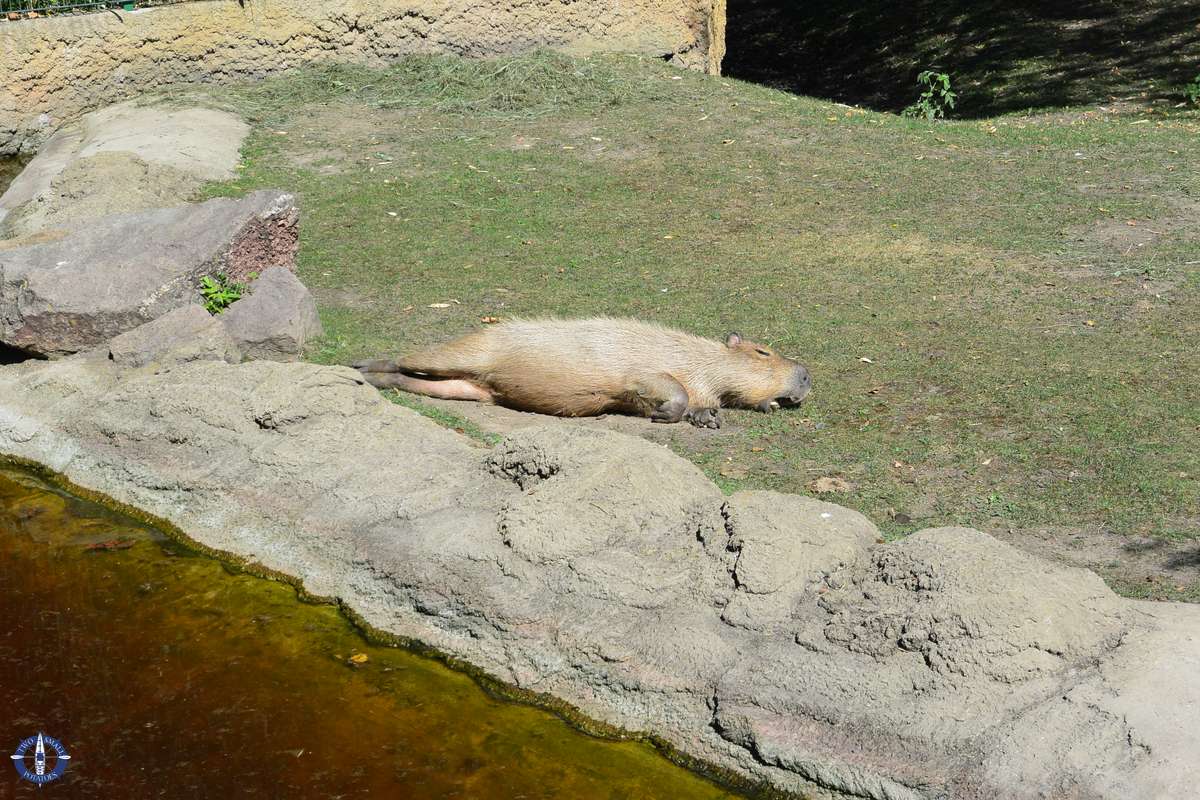 8 Highlights of the Cologne Zoo

Germany
September 8, 2016 14
*This post may contain affiliate links. If you purchase through these links, we may receive a small commission at no extra cost to you. We only recommend companies we trust!

Love ’em or hate ’em, zoos are an excellent way to get your wildlife fix if you’re an animal lover. Like many people, I’m a bit on the fence about zoos.  Of the estimated 10,000 zoos worldwide, I’d like to think that the vast majority operate by prioritizing animal conservation and education. Clearly not all do.  We were so appalled after a visit to the Beijing Zoo in 2010 that I said I’d never go to another one. But the call of the wild always returns, so to speak.  Now more selective about which zoos to visit, I decided to scope out the Cologne Zoo while Travis attended a science conference in town. Though it wouldn’t make my Top 10 Favorite Zoos list, I enjoyed strolling through the beautiful grounds, which offer up some unusual and surprising critters.

For example, have you ever seen a tree kangaroo?

Named after German zoologist Paul Matschie, Matschie’s tree kangaroos resemble the unlikely cross between a small bear and a koala.  As with most of the other 13 species of tree kangaroos, Matschie’s are on the decline.  As rare as giant pandas, they’re listed as endangered, facing threats from hunting and habitat loss.  In their native New Guinea, these fuzzy little fellers spend their days in the highest reaches of the cloud forest, munching on leaves and wondering how they got to be so darned adorable.

Matschie's tree kangaroos can leap 60 feet (18 meters) to the ground from trees without getting hurt. Click to Tweet

Anteaters are pretty fascinating!  While some are no bigger than a squirrel and live in trees, the giant anteater can reach lengths over 2 meters.  Though not endangered, they are threatened, and their numbers have declined at an alarming rate over the last 25 years.

As I watched this shaggy anteater scout out his enclosure for tasty snacks, I realized that this was the first giant anteater I recall ever seeing in a zoo.  I was hoping to see him extend his tongue (which can be more than 60 cm long), but unfortunately he kept it holstered.

Still a beautiful critter to see.

Despite the fact that the Cologne Zoo is one of the oldest in Germany and was virtually destroyed during WWII, it has long since been lovingly modernized.  One of its newest additions is the Elephant Park, which was added in 2004. If you’re an elephant fan, you will love it!

They currently have baby elephants – four born in the last four years – which is a testament to their skills in animal husbandry, considering the high mortality rate of elephants in captivity.  The Elephant Park is huge, featuring both an exquisitely designed indoor facility and a large outdoor landscape.  An artificial river hugs the perimeter.  It’s deep enough for the elephants to swim and splash each other, and they clearly enjoy it.

The otter family gave me my “Ahhh!” moment of the day.  After watching a mound of sleeping babies wake up and instantly erupt in a tussling match in the upper pool, one by one they followed mom down the slide to the pool below.

All but two.  The tiniest little runt remained above – alone.  Half way down the slide, one of the siblings put on the skids and climbed back up to rejoin Tiny.  Big brother alternated between playing with Tiny and pausing at the top of the slide.  He clearly wanted to be part of the party below.  Finally, big brother led Tiny down the rocks around the slide to rejoin the family in the lower pool together.

Seriously?  I know, I can’t believe a bird made it on my list either.  With the exception of owls and birds of prey, especially eagles, I’m not usually super big on birds.  But this Sulawesi knobbed hornbill goes down as one of the friendliest? most curious? birds I’ve ever seen.  It’s notable that he lives in a free-range rainforest habitat with mixed species at the zoo.  It’s possible to walk a circuit around the enclosure on two levels.  The animals can actually follow you, which is exactly what this guy did.

When I climbed the stairs to the second walkway in the treetops, he inelegantly hopped up through the tree branches to sit directly in front of me.  As I moved, he didn’t take his eyes off me.  Surprised, I ducked behind a post to see how he would react.  He immediately hopped closer, craning his neck to see where I had gone.

We hung out for some time before he was joined by another Sulawesi – presumably his mate.  Looking from her to me, he hopped away to gently retrieve a small piece of fruit from a tray, then hopped to her and extended his peace-offering.  She hastily plucked it from his beak.

Opened in 1985, the primate exhibit is one of the most popular at the zoo.  The collection includes an impressive variety of lemurs, bonobos, orangutans, gorillas, langurs, and tamarins.

Though most were resting in indoor enclosures or sleeping during my visit, I was impressed by the extensive network of tunnels and domes available for them.  The zoo is known for their very successful primate breeding program that focuses on seriously endangered species.

7. Insectarium (Inside the Aquarium)

The actual portion of the aquarium building that houses sea animals is quite small.  If you’re expecting tanks of jellyfish, octupuses, sharks, or other large sea life, you won’t find it here.  What you will find inside the aquarium building, though, is a really cool insectarium.  This is where you’ll find colorful snakes, a nice variety of tarantulas, and some seriously cool lizards.

Catnapping capybaras might not be endangered or rare, but they make my list anyway.  Never have I seen such a group of contented rodents, large or small.  Plopped in the midst of their own lunch, two of the furry little guys contentedly munched fresh hay during my visit.

If you’re wondering if lions, tigers, and bears are also found at the Cologne Zoo, the answer is yes.  It houses a total of about 700 species, including your typical large predators.  These didn’t make my list here because as much as I may love them, I’ve either seen them in the wild (grizzlies, bobcats, wolves, etc) and/or they’re poorly suited to the confinement of zoo life and it pains me to see them in captivity.

So would I recommend the Cologne Zoo to others?

For sure.  Unless you’re a total zoo hater, you’ll undoubtedly find at least eight highlights of your own that will make it worth the ticket price. 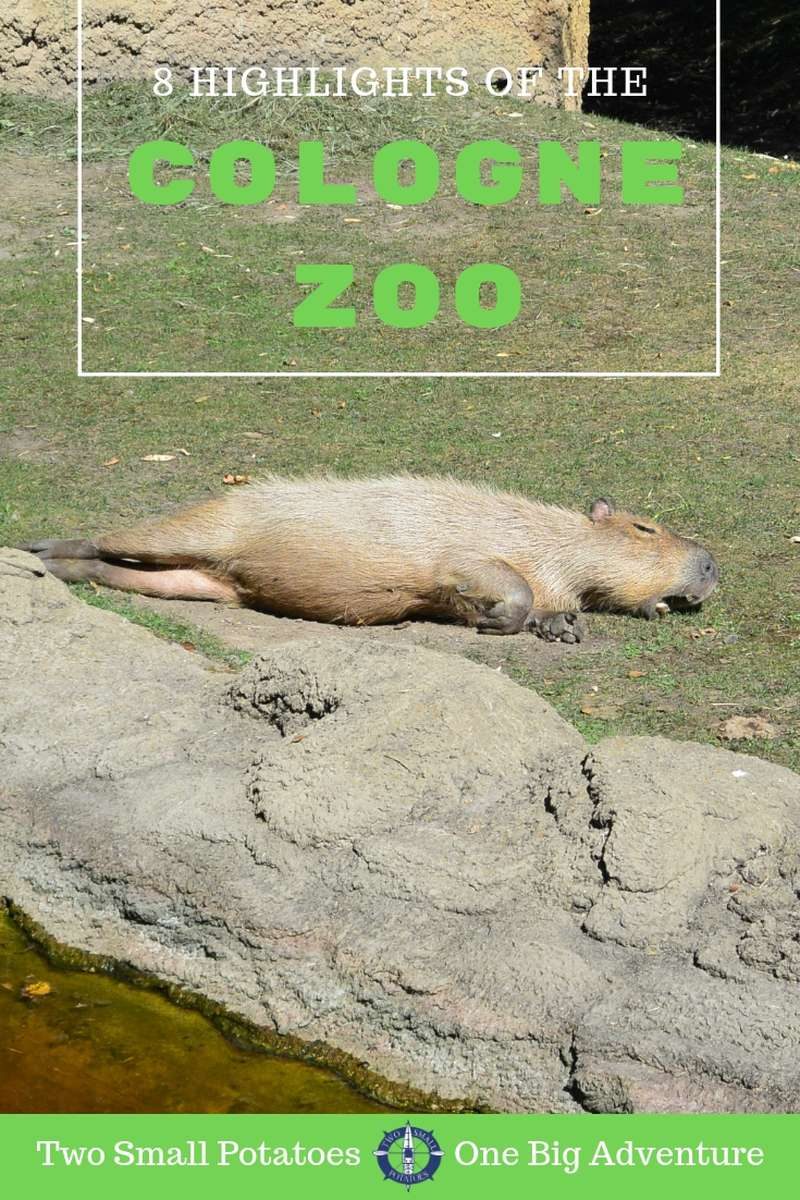 Know Before You Go
9 shares

Type to search or hit ESC to close
See all results
wpDiscuz
14
0
Don't forget to leave a comment!x
()
x
| Reply